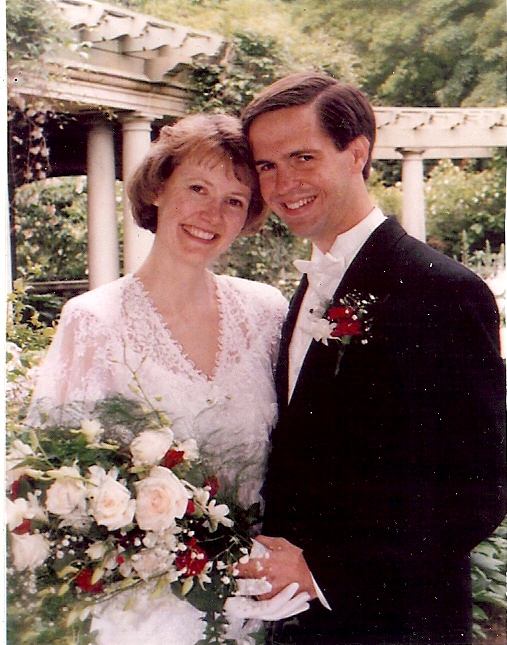 Many Adventists think they will meet “the one” God has for them when they are at an Adventist university. Jarmila and Lance went to the same large Adventist university, at the same time, and even had acquaintances they both knew, yet, they have no memory of ever having been introduced. Jarmila believes “God knew that we would appreciate each other more when we met 8 years later!”

Jarmila goes on with her story to relate how she was able to meet several men through Adventist Contact who were very interesting, but had “something missing” which taught her that she needed to learn “more patience and trust in God’s plan for my life.” After a while she told God that she would be patient for His timing and “surrendered the whole matter to Him.” This is when she got the message from someone called Lance while she was visiting at her sister’s house. Communication started and she was surprised with his pleasant voice and delightful conversation. She recalls being excited to read his profile and see his picture. Her comment was “Everything about him seemed just right.”

Jarmila and Lance met in person for the first time. In her words: “After that the e-mail and phone calls increased in number and duration. By the time we were married, we had exchanged approximately 600 emails, several dozen cards and letters and supported the airlines….” She they were together for two weeks with his family over the Christmas holidays. She was already excited about Lance, but meeting his family was like being with her own. She described how similar their family’s worship was to her family’s and how they even sang the same songs. She concludes this part of their story with the statement “Now the God who brought us together at the right time, is the ONE we seek every day together.”

If it were not for Adventist Contact bringing us together, I would not be telling this success story and then advises others: “Don’t assume that you’re a perfect match the first time you see someone’s picture, but take the time to get to know them.” She then quotes Jeremiah 29:11-13, “I know the plans I have for you, declares the Lord, plans to prosper you and not to harm you, plans to give you a hope and a future.” Lance adds “I can say I am happily married to the most wonderful match God could have ever had for me. I’m so glad I wasn’t hasty…and realize that with God in our lives we can truly have a little bit of heaven on earth.” Jarmila closes with this advice: “And while you’re waiting and while you’re making friends, why not BECOME that special someone.”